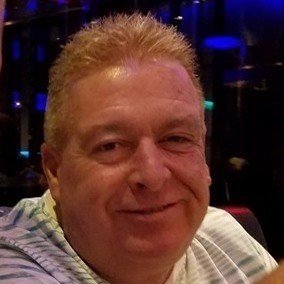 Get Directions
Thursday
16
May

Richard David Sagehorn, 62, of Freeport, New York died on May 9, 2019 at South Nassau Communities Hospital. Richard was born in Brooklyn, New York and raised in Lynbrook, Long Island. Richard graduated from SUNY Oswego with a BA in Sociology in May 1979 and served as Vice President of Syndication for Associated Televeision International up until the time of his death. Richard had many passions, including a love for animals, music, cooking and the beach. He loved to travel to Prvincetown, South Beach, Palm Springs, Las Vegas and Los Angeles. He was big-hearted, generous, compassionate and fiercely loyal to his friends and family. Richard was proceeeded in death by his parents, Jean and David Sagehorn, and his cats, Larry, Mike, Sam and Penny. Richard is survived by his life partner and best friend, Robert Barnett, his brother Charles, his niece Jessica, his two step-daughters Salina and Angela, and many friends.

In lieu of flowers, donations can be made in Richard's name to the Hopkins Cat Rescue.

Share Your Memory of
Richard
Upload Your Memory View All Memories
Be the first to upload a memory!
Share A Memory

Family owned and operated since 1914.